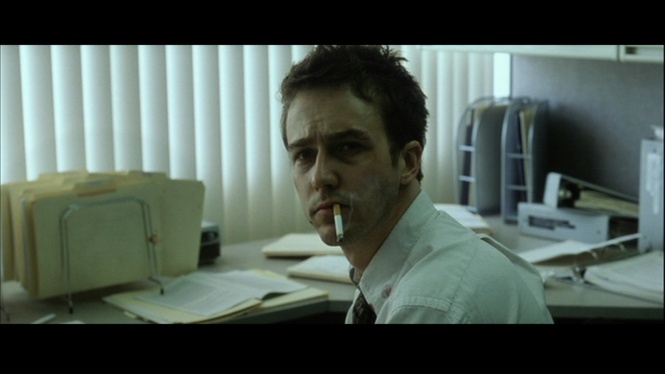 When I go shopping for a new book to read, I like to open potential purchases to the halfway point and read whatever I stumble upon. Why that’s madness, you must say, how will you know what’s going on dropping in the middle of all action? You need to start at the beginning!

I assure you that I at least flip a few pages back to make sure I’m reading at least the beginning of that midway chapter. I’m not a monster.

My reasoning behind this is because I want to know if the author is able to maintain a strong focus on theme, characters, and plot throughout the entirety of their novel. Something always needs to be happening that not only progresses the story, but also encapsulates the spirit of all that has transpired so far.

Simply put, every chapter in a novel should encapsulate the entirety of the novel in and of itself so that if you were to isolate any chapter from the novel it belongs to, it can read like a self contained short story.

One of my favourite books actually started off as a short story that then became a much later chapter in the full novel of Fight Club by Chuck Palahniuk. It’s the chapter where The Narrator shows up to work with cuts and bruises on his face after having fought in a fight club the night prior, and nobody at the office has even the slightest nerve to ask what happened to him.

This is such a great story in itself because it raises so many questions and depicts something completely out of the ordinary. Despite it being very minimalistic in its narration, it is actually a very jam packed experience.

What I personally love about Fight Club and Chuck’s work in general is the ability for his stories to tell a lot without saying much. It’s pretty much implied how bored The Narrator is with his 9-5 job and life in general if he’s willing to get beaten to a bloody pulp at a late night underground fight club, and not even call in sick the next day.

Encapsulating a Novel Into One Chapter

So this is a very basic plot line graph commonly used to organize the entirety of a novel. It helps you introduce your characters, settings, and themes, and build toward a climactic moment that defines the whole story. This allows you to easily detail the story into three acts: beginning, middle, and end.

What I’m proposing is structuring your chapters in the very same way as if that chapter defines your entire novel if it were to be taken at face value. This way your story has a strong emphasis and focus on what it’s all about at all times, with very little time allotted for the story to drag for a moment.

And that’s not to say that pacing wise stories aren’t allowed to slow down, of course they are, that’s when some details get the time to sit and simmer with the reader. Likewise, if a chapter is short and quick paced, the very little details you provide should still be just as fleshed out with knife like concision, very much like the original short story that later gave birth to Fight Club.

In order to create a well focused chapter, even to you pantsers out there, I highly suggest using a chapter graph that divides chapters into three scenes, and even having those three scenes divided into three mini acts of their own like this:

Every chapter you write won’t have a clear cut structure like this, and like some rules, you might break these guidelines from time to time, but generally this is the structure that ensures your chapters can also function as self contained short stories.

Greetings, fellow WordPressers, I have a confession to make. I’ve been living a double life and having done so, I have done you and myself a giant disservice. While I do value the work I do on here in terms of presenting to you inspiration for writing tips and self-knowledge, I have another passion you might not be aware of; and that’s dissecting film and literature to their philosophical core.

Coming to you from YouTube Land is Book Shelf to Big Screen Reviews! Where I review novels that get adapted for film in order to get a sense for what’s hot in our current market and seeking to understand what all these stories have to say about our current state as a species and society.

Being an aspiring author, I have the goal to educate through entertainment, injecting my stories with philosophy and universal themes such as love, kinship, personal actualization, adversity and triumph, and much much more–hopefully one day getting my novels massive appeal through film adaptations that can and will capture, if not improve on the source material.

I started this journey two years ago and shelved it for a while, but now I am back and determined to bring philosophy to the masses through my dissection of film and literature. Most reviewers will talk about how amazing plotlines and action sequences are, and I will do the same, but also so much more in addition to that. I want my reviews to uncover the veil and rip away the surface of these stories in order for others to see that there is so much more going on in stories than mere entertainment.

There is education to be found amidst all the cliffhangers that keep you at the edge of your seat and turning the page. So without further adieu here is the intro to my channel as well as the first episode ever I did a couple years back near the highest end of Twilight’s fandom–a novel that swept the world in more camps beyond Edward vs Jacob, but also good literature vs trash.

If you enjoy my content, I would appreciate if we could open a discussion on the deeper aspects of all these stories that are making it big in the mainstream and seek to understand with me why they are creating such massive appeal in the first place. On top of that, I would also appreciate if you could share these videos with the people you love and cherish who love and cherish film and literature as much, if not more, than I do.

Sure I’ll make the crass joke here and there, and maybe even praise the surface aesthetics of certain stories, but at the end of the day BSBS Reviews isn’t just about me goofing off and geeking out about what I’ve read and watch (and on occassion ranting about the ones I’ve disliked). It’s about giving film and literature their deserved attention in terms of what they all have to say about us as viewers and consumers of these stories, and driving the market toward better content.

In the upcoming days I will be starting from square one sharing my videos from the beginning up to the most recent ones, and eventually as I create more videos, share those as well here. Let’s connect. Follow me on WordPress and subscribe to my YouTube channel if you feel as I do in recognizing that there are more to stories than mere entertainment.