First off, if I were an actual spy, I’d blow my cover easily by writing this post.

What I’m actually talking about is how I’ve gotten my spy on this past month by revisitting the hit series Nikita and playing a whole lot of Invisible Inc on my free time. I don’t normally hunt for achievements on Steam or Xbox360, but I love this game so much that I woke some completionist part of me to get as many achievements as I can.

One of those achievements, of course, is one you can get for beating the game in Expert Plus Mode, THE hardest difficulty of an otherwise already difficult game. 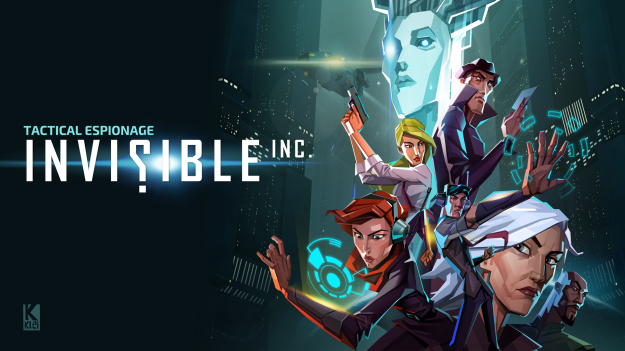 Invisible Inc. is a turn based strategy game where stealth, strategy, and perserverance are the keys to survival. You play as the operator of secret agents, commanding them to infiltrate corporations in order to steal their weaponry, technology, and many other useful resources to help rebuild and relocate the agency of tactical espionage.

What’s awesome about this game is that there are several mission types and every map is randomly generated so that you get a fresh and new experience every time. And you only uncover as much of the map as you explore, otherwise the unexplored remains unseen (kinda like life!).

There’s also a huge roster of agents all with their own unique abilities, personalities, and synergies depending on which ones you choose at the beginning, and the ones you rescue in recovery missions. It’s up to you how to play their strengths and weaknesses together to formulate the perfect team.

The possibilities are endless!

As you command your agents to infiltrate these corporations, you have to be careful not to blow their cover and be seen by the guards. In most video games, your initial instinct is to inflict as much violence as you possibly can and stun or kill all the guards you see, but that can only work against you and make things unnecessarily harder than they need to be.

When guards wake up from being stunned, they’ll suspect someone has broken into the building and begin to hunt for you, thus making it harder to predict where you can safely venture out to.

If you kill any of them, it significantly advances the alarm tracker, and the higher it gets, the more obstacles get generated. These can include higher firewalls for devices (making them harder to hack), spawning extra guards, and turning on extra surveillance cameras.

So I’ve been playing Expert Plus Mode where all of these already daunting aspects of the game get even more challenging, and I gotta say, it really pushed me to my limit!

Repetitive Failure Can Only = Future Success

As you can see here, I have two agents hiding from possible detection. The red tiles indicate the vision range of the guards, and in the earlier difficulties of the game, you can see them so you can plan out where to tread. In Expert Plus Mode, the danger zones are not shown unless you can see the sources (guards, cameras, turret machines).

That means you can easily walk into a safe looking area, only to find out that a structural intrusion originally blocked your sight from seeing a guard that’s ready to shoot your agent down on sight.

I must have restarted my agency 20+ times because of how hard this mode is, and when you get caught and have all of your agents killed on a mission, you lose ALL of your progress and have to start from scratch.

Your stat boosts, all that high tech gear, and all that money you acquired can all be thrown away due to one mistake. Something as simple as not closing a door, causing a guard to see you snooping in the next room, could easily mean death.

And I’ve made that mistake. Along with many others. Several times!

When I said I loved this game, I wasn’t just speaking from the geek within, but also from the very depths of my entire being. What I learned from playing this game is learning to maintain composure in pressuring situations and to approach challenges with determination.

I think that when you love something or someone–this could be building your business or dating your possible future spouse–you learn to take the good with the bad, the easy and the challenging, and embrace it all with all you’ve got.

So many times I’ve had agents die and require reviving just when I was about to exit the level, or needing to rescuing them from a detention center in a later mission while having an agent fly solo. And trust me, you want to have at least two agents at a time to uncover as much of the map as possible and to help each other out in a bind.

So many times I had acquired some of the best gear during the highest security levels, surviving the mission by just a hair away from detection and death.

So many times I had upgraded my agents’ stats and equipment, only to lose it all because I got greedy for more credits and equipment during a mission, instead of heading for the exit when I had the chance.

But still. I kept shrugging it off and starting over, because that’s what you do when you’re committed to something. You do everything you can to maintain your standards and continue reaping the benefits of your hard work. 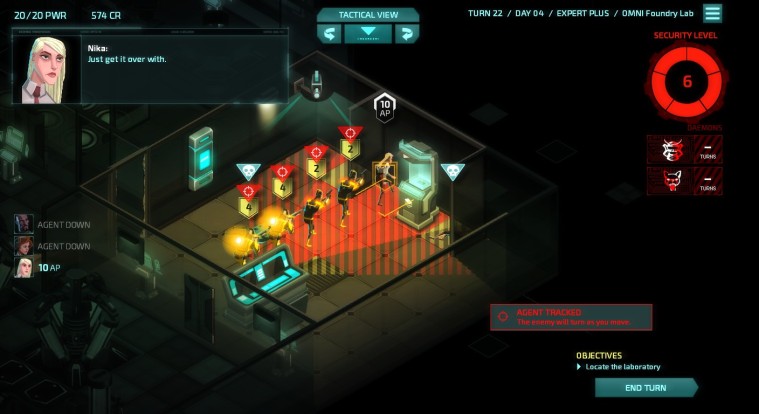 Gotta Lose a Lot Before You Gain a Lot

And in some cases…you also need to learn to let go of everything you’ve built if it means a better start later. That was the case with this particular screenshot. When you’re surrounded and have nowhere else to go, you can make an agent speak some final words before they’re shot to death.

Nika’s spoke my mind perfectly after a campaign that took 5 hours to build.

“Just get it over with.” That was my mantra when I got surrounded and really had no way out.

There was even a time where I lost so much progress that I kept starting over only to fail early on because I was playing on tilt. I was impatient and deliberately making the same mistakes I knew were horrible, but I was just so frustrated with the game.

But then I remembered what I wrote about in my Gamer, Know Thyself series and reevaluated my approach.

I stopped trying to get extra credits from safes or items, and started taking guaranteed exits when I saw them.

I stopped walking into danger zones and started ensuring visibility of the map before moving onward.

I stopped stunning and/or killing guards and started to save the violence for when it was absolutely necessary.

Otherwise, I avoided violence as much as I could to mitigate the ramping difficulty of each turn taken. As I mentioned earlier, KOing or killing guards advances the tracker. Yeah well, so does taking a turn, but it doesn’t advance the tracker as much as committing acts of violence do.

Most importantly, I learned from all my mistakes and kept in mind what were some good or bad things I’ve done in previous campaigns in order to survive longer in each passing attempt.

Hell, I could have easily allowed myself the option to use the REWIND function where you can rewind to a previous turn in case you make a mistake.

Nope, I played hardcore Ironman Mode along with Expert Plus so that I can be even more responsible for any missteps taken.

In the end I achieved this: 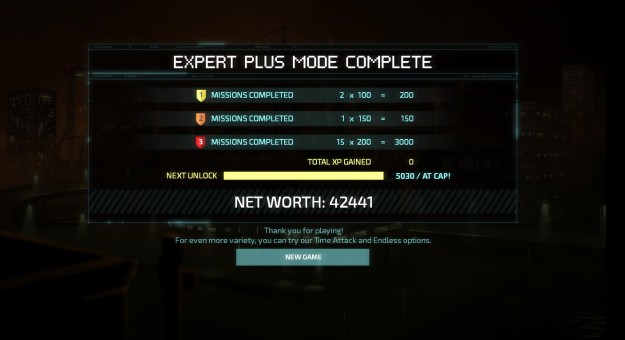 With these stats and equipment per agent at the final mission: 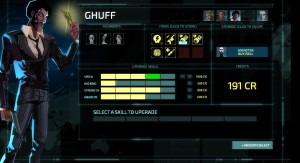 I normally try to max out their stats, but I had to make do with what I got in the end and it was more than enough to complete the final mission.

As I’ve said before, video games are a good source for self-knowledge, and now having experienced what it was like to really love and commit to something to this degree, to something as simple as a video game (or in this case, NOT so simple video game) it’s time to apply that attitude to real life!

This game and many others are great and safe training grounds for such mental fortitude, and if more gamers transferred that dedication to real life pursuits, the results would be astronomical.

6 thoughts on “What I Learned From Being a Spy”