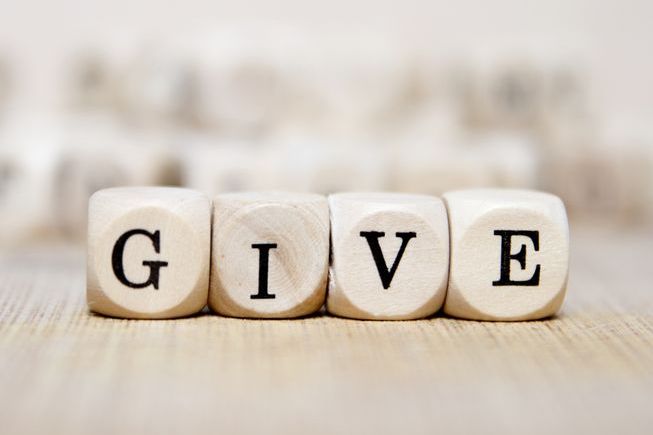 Recently I discovered that I had a mentality that clashed with my values and held me back from truly appreciating what I have to offer others. The mentality of giving so that I can expect something in return often soured what could potentially be genuine acts of charity and good will.

Now I don’t say this from a high horse, more of a neutral pony, but I possess the ability to ask hard hitting questions that really get people to introspect. I’ve found great pleasure in feeding my curiousity about others and in return getting them to step outside of themselves and imagine their lives. So much so that I’ve inspired creative people to get back into their craft whether it was in the visual, literary, or musical arts.

I seem to have a knack for reminding people why they love expressing themselves through the mediums they excel in. Whenever I receive their gratitude and hear that they are picking up their creativity back up off the floor, I feel a sense of warmth and accomplishment that is beyond living through them vicariously. I genuinely do enjoy getting to know people better by asking them about what their passions.

With all that said, I realized a tinge of greed within myself when I’ve tried to engage a few people I’ve helped out. I had spent so much time understanding where they were at in life and why they have neglected their creative abilities, played a part in getting them to reconnect with their creative expressions, but got little to no space to share what was going on with me.

That I could spend so much time asking question after question like an ask-a-holic, only to not get any questions asked in return about how I was doing in life.

Just a few weeks ago I felt justified to write people off as selfish and ungrateful because if they were good people they would take the time to understand me right?

Well from a life coaching session with my own brother Oliver Manalese (check out his work, it kicks ass), I learned that being understood was what I missed out on in my childhood. Being understood is what I needed the most and I feel like I didn’t get it from my parents, teachers, or any other adults in my life.

In turn, I have grown up to become the adult I wish I had around when I was a kid; and that is a genuinely curious and encouraging person.

Despite feeling a little miffed when people don’t give me the same curiousity, within the moments I am prying into people’s minds, I am genuinely interested in them. But then to later twist it as something I do in order to extract an obligation I realize now is just madness.

That’s giving to get.

It was genuinely giving in the moment, but my ego turned it into a symbiotic exchange.

Thanks to my brother’s insights, he came to conclude that there really is no need for me to have to share the details of my life to the people I help in order to feel understood. To expect reciprocity in the same vein of others being able to interview my soul was actually a very greedy thing to do.

Why crave to be understood by getting a chance to talk about myself when the very act of me showing up in people’s lives, asking them these open ended questions that inspire them, is how I am being understood?

I am being understood as someone who shows up for others.

I am being understood as someone who gives a shit.

I am being understood by the simple fact that my questions are being thought about and answered honestly.

And then later of course getting a tremendous word of thanks from the people I took the time to understand. To know that I had an effect on them that they revived creative pursuits that seemed dead and gone–that is how I already am being understood and acknowledged.

I’m who I wanted when I was a child. Someone who could ask the right questions and motivate me to pursue my passions with all the love and energy they deserve.

This rare ability to do it for others and knowing that I am capable of doing it for them should be enough to grant that curiousity and inspiration to myself. Seeing the effects of my curiousity and encouragement through other people’s actions validate for me, within myself, the sense of aliveness we all try to strive for.

I don’t think any form of absolute altruism exists. Even if you give to charity and help people out, there are selfish motives involved, but the concept of selfishness is so demonized that people deny they even have it.

We all want things.

But that doesn’t make us bad, it makes us human.

So in giving to others, what we intrinsically get in return is pride when someone expresses their gratitude for your good will. It’s not a bad thing. It’s reaffirming that as a human being, part of this massive social species, that we matter and we have value from the very act of providing value.

Realizing all this I strive to genuinely give from now on.

I will give of myself the curiousity and understanding I wish I got as a child. For the people I help with this ability, I will bask in their gratitude and their strength to take action partly thanks to my encouragement (I won’t take full credit since they’re the ones who ultimately decide). They don’t need to know the details of my life and my thoughts, their presence and willingness to answer my questions should be enough for me.

And for those rare few individuals who can provide that curiousity and understanding, the people who can actually ask good questions and keep a consistent and engaging conversation, that’s what will set them apart from others. I’ll hold them dear in my heart.

Not everybody has to be a motivational gumshoe.

People provide value and reciprocity in different ways, and I’ve come to accept that.

So from this day onward, I strive give genuinely without expecting anything in return. Why expect when giving is its own reward?