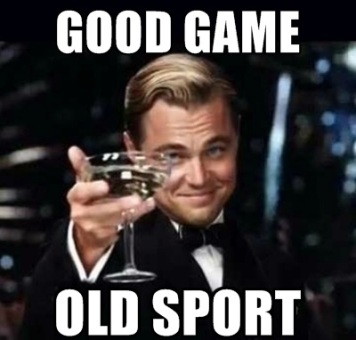 While it’s customary to be a good sport, you don’t have to say GG or pat your opponent on the back for a game well played. However, whether you do or not, depending if you win or lose, says a lot about your character.

I don’t suggest handing out participation trophies for everybody, but the acknowledgement of someone doing their best is always worthwhile, especially when the game is something they want to get better at at some point.

One way to help someone improve is to provide constructive criticism in place of the usual shit talking that is commonly known in online gaming. It’s just so much easier to do it when there’s no face in person to do it to, you’re safe behind a screen. We can talk about keyboard warriors some other day, but for now let’s jump back into achieving self-knowledge through video games.

Respect For Opponents and Skills

All of the best games, whether it’s a sports game or a video game, are the ones that include equally matched opposition. They challenge each other to their limits and dish it out. I am instantly reminded of one of the fights that made UFC popular today which was between Forrest Griffin and Stephan Bonnar when they fought for the The Ultimate Fighter Season One prize of getting a contract with the UFC.

These guys slugged it out at such a consistent pace and traded blows so equally that it made for one of the most entertaining fights in history. They didn’t hold back, they put all their blood, sweat, and tears into the fight because not only did they want to make use of their time training for this moment, but also because they respected each other to know that the other guy would be doing the same thing: giving it his all.

So what happens when there’s a disparity between two different parties? There’s a few ways to go about it and I’ll share with you my less extreme. While I will never step into a caged octagon and slug it out in a bloody bone cracking mixed martial arts fight, I learned the value of practising skills from the safety of my couch playing video games.

Yeah, how dare I compare the rigorous training regimen of a UFC fighter to me playing video games in my sweat pants? Get a smug ass look from Patroklos for a moment… 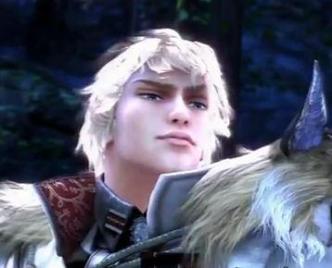 As I said before, I used to play a ton of Soul Calibur IV and V, but more recently I’ve put in a ton of hours in an online battle arena game called Brawlhalla. It’s a free to play game on Steam and is a ton of fun being really easy to pick up, and decently tough to master. It’s basically like Super Smash Brothers with mythical legends instead of Nintendo mascots.

I used to have this mentality of chasing people down in the online rank mode, swearing revenge on people for beating me to a pulp, but I have since changed my approach. I have now adapted one that I think is more beneficial to my growth as a Brawlhaller, some of which I was starting to adapt late into my Soul Calibur craze just before giving up on the game to move on to bigger things in life than just pure gaming. (More on this as well later if anyone’s interested)

What I learned lately is that when people complain about certain tactics they lose to, I theorize that it is their implicit way of asking for help on improving their game. I used to find myself complaining about people using certain tactics and calling it cheap, and unless they do something that literally breaks the game coding that you can’t counteract it, chances are that you can poke holes in people’s seemingly impenetrable strategies.

So there I was saying “all this guy does is the SAME move,” to which us gamers refer to as “spamming.” Spamming is easy to counteract when you get a sense of your opponent’s patterns and the rate they spam a certain move, and if you’re aware of it all, it becomes extremely easy on learning how to not get caught by it.

In Brawlhalla, someone I faced complained about my character choice and how cheap her moveset was, but instead of doing the typically douchey thing as to tell him that he sucks and that he’s a n00b who should go cry to his mommy–I gave him pointers.

I like to give compassion to those who complain about losing rather than add salt to their wounds since I’ve been trying to be a better person lately. I actually gave him specific tactics on how to counteract some of the easily punishable moves and strategies I was employing and it disarmed him from wanting to shit talk to me.

Likewise when I get my ass handed to me in a game, I try my best to approach the loss with some humility. I’m starting to guage when someone is really good at the game or when they’re aggressive at it because they have a chip on their shoulder. If it’s the former, I will humbly ask what I can do to improve. They’re better than me, and if they beat me, they must have an upper hand in knowing the game so I ask what I can do better.

More often than not, they are nice enough to give me the honest feedback I need to know where I’m lacking in skill. If they’re not helpful and want to be a salty player then I say FUCK ‘EM! I don’t want advice from people who play to win and take the game personally. It has a tendency to rub off on you so try not to engage with salty players. That goes for winners and losers.

I find tremendous fun in continuously improving my skills and I have more fun when I get better at certain games. I feel a sense of growth when I can move past my losses, not take them personally, even if–or I should say especially when–someone shit talks to me whether I win or lose. It’s their baggage to deal with, not mine.